10 Things To Know Before Buying The 2022 Honda Civic

First introduced in the country in the 1970s as an economical hatchback car, Honda Civic has already made a name for itself in the Thai market. Today, this type of car is considered a premium sedan that's capturing buyers looking for modern features and luxury. 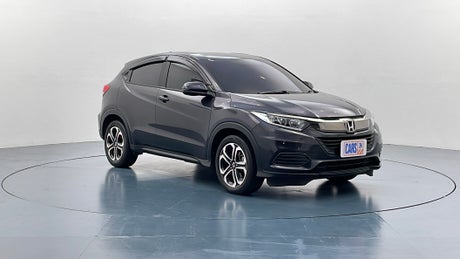 Earlier in 2021, the latest model of the Civic was launched in Thailand, receiving more than 3,500 bookings in its first month. We are the first country outside of the North American region to get the Civic FE which just proves the popularity of the brand in the Thai market. This new model is expected to follow suit in the success of its predecessor, the Civic FC which has become the best seller in its class.

A Honda Civic is worth considering if you are looking for a versatile, comfortable, and efficient Sedan. With the 10 Honda Sedan buying details, you can now easily decide whether this car is for you or not.

If you are planning to buy a sedan and aren't sure which one to pick, consider buying a Honda Civic. Here are the top 10 things you should know before buying the 2022 Honda Civic: 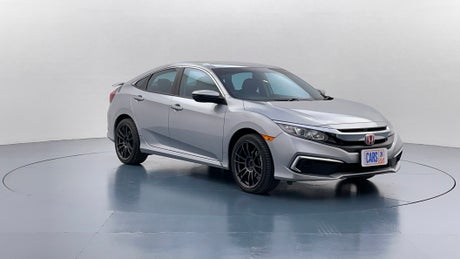 The average cost of a Honda Civic is between ฿870,000 and ฿1.25 Million, depending on the model. While the base price of the Civic is a bit more expensive than the base price of its rival Nissan Sentra, you get the value for your money considering the latter's features, overall construction and reputation when it comes to safety.

The Honda Civic drives up to 20.83 kilometers per liter, making it one of the most fuel-efficient sedans available.

The Honda Civic comes with a deep glove box compartment, wide door pockets, multiple cup and bottle holders and other storage spaces for your personal belongings. It also has a boot space of 478 liters which is way higher than most of its rivals.

The Honda Civic comes with a touchscreen infotainment system with wireless Apple CarPlay and Android Auto support. This allows you to conveniently access your apps while on the go.

From its first generation to the eleventh generation of the Honda Civic, it has managed to consistently achieve a high crash safety rating. The Honda Civic received a 5-star rating in the US National Highway Traffic Safety Administration (NHTSA) crash test. 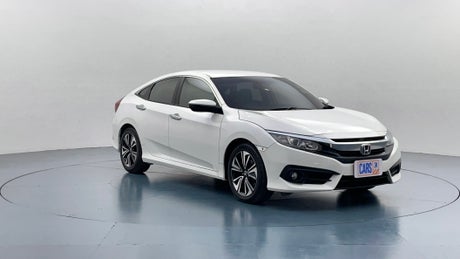 Honda introduces the new Hone Civic Touring which is a new body type for vehicles. The Touring trim is loaded with advanced technology such as heated and powered seats, 12-speaker Bose audio system and dual-zone automatic climate control.

Moreover, there are also other standard technology installations across all the later models such as wireless phone chargers, remote and push-button start, and smart entry among others.

All the variants of the Honda Civic are synonymous with comfort and unmatched ride quality. On the interior, you'll find a considerably spacious cabin with much headroom and legroom for the driver and passengers. The seats also have excellent back support. On the road, this vehicle remains stable and smooth as its suspension does not easily bottom out.

From the time the Honda Civic was launched, it has consistently earned a high score in reliability ratings. Regardless of the model, you can depend on a Civic's engine to last for more than 200,000 miles on average but with proper care and regular maintenance, it could even last longer.

The finer and cleaner body lines and subtle design elements make the 2022 Honda Civic stand out from its competitors. The sharp and modern-looking front-end design that comes with LED lighting plus the neat chrome accent combined with the elegant rear-end design gives this car a handsome and sporty look.